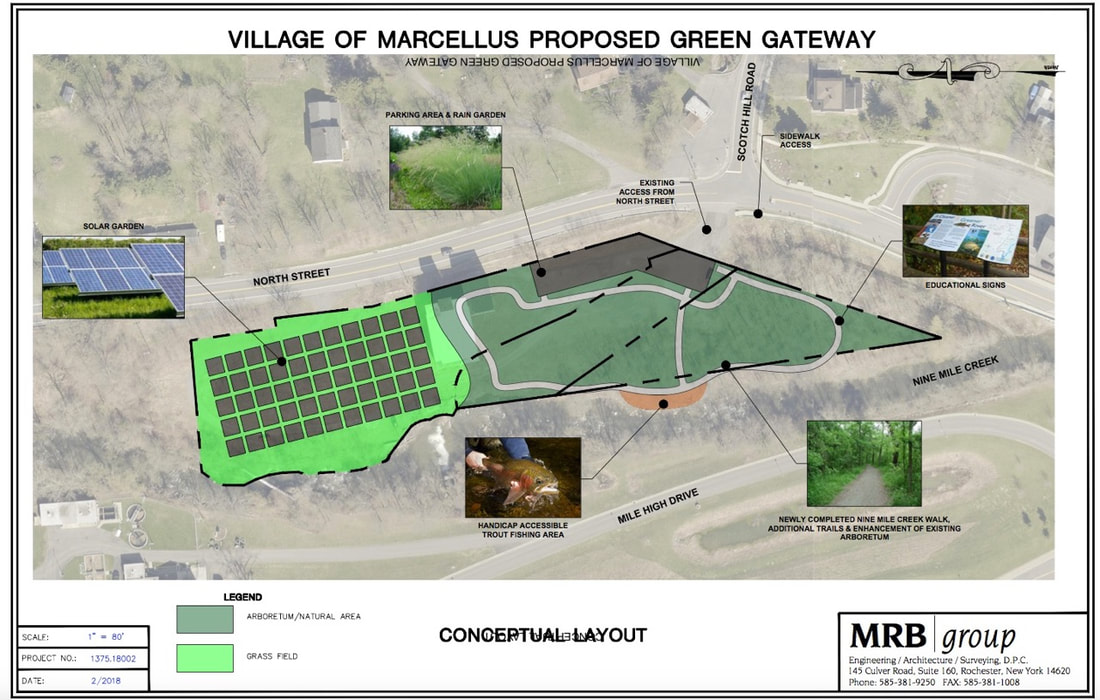 ​Village Gateway Project History
In the summer of 2016, the Village Board discussed the demolition of the lower mill, and the Board subsequently authorized, as a public emergency and at the behest of the Code Enforcement Officer, the immediate demolition of the remaining structures of the lower mill. This demolition was completed, the Village assessing the costs (approximately $100,000) against the owner of property at 71 North Street. If the Village tax bill along with the re-levied expenses of the demolition was not paid by October 31, 2017, the Village taxes would then be re-levied to the Town and County taxes, which would be mailed in January of 2018. When the Town and County taxes were not paid, the County of Onondaga made the Village whole in April 2018. Subsequently, the lower mill property was scheduled for public auction in October. However, the Village asked the County to pull the sale because the future of this site became uncertain. There was legitimate concern that development, vastly out of alignment with the community’s character, would move into the area, since it was now environmentally clean and a much more attractive site. However, any development vastly out of alignment with the community’s character, especially for the Village’s gateway, was a serious concern for the Village Board.
Since the Village already owned a triangular shaped parcel that lies to the south, one that connects with the former mill site, it was thought that extending Village ownership over the entire piece would not only be a practical and environmental, but also enhance and make this a more attractive gateway to the Village. The Village also has plans dating back to 2005 and designed by SUNY ESF students and professors, to set up an environmental park in this area.
The Village enlisted the help of a grant writer to design, on a conceptual level, an innovative environmental initiative for our community titled “The Green Gateway.” The Village also solicited the support of the Marcellus School District and its Superintendent, local governmental officials, as well as a variety of local business owners, and community leaders.
The project was a vision to include a variety of eco-friendly and “green” initiatives including a solar panel garden (farm) on the former mill site, which would in turn help to power the nearby Village Waste Water Treatment Plant. Environmental students and staff at Marcellus Central School, with much support from the MCS Superintendent, were solicited to begin working on designs for the southern parcel of this site, including a number of creative designs such as outdoor classroom space (kiosks) for MCS environmental students, an ADA compliant fishing platform, public trails connecting to Village sidewalks and the Village creek walk as well as additional trees (arboretum) for residents as well as tourists alike to enjoy. Environmental students and staff at Marcellus Central School presented their designs to the Village Board during the 2018-2019 school year, and it is expected that their efforts will continue into the 2019-2020 school year as well.
The Village Board made a proposal to purchase the former mill site property from the County for public use and to establish what became known as “The Green Gateway.” The Board also presented the Gateway Project to the Onondaga County Executive to solicit his support. Our local County Legislator, Julie Abbott, acted as our spokesperson, advocating for approval from the County Legislature to purchase the former mill site.  On August 6, 2019, the County Legislature unanimously approved the transfer of the tax delinquent property at 71 North Street to the Village of Marcellus for park purposes; and, that any and all unpaid interest and penalties on such parcel shall be discharged.
Thus continues a vision that began a number of years ago during the administration of former Mayor Fred Eisenberg, one that is not only very practical and environmentally sound, but also enhances and make a much more attractive gateway to our Village. 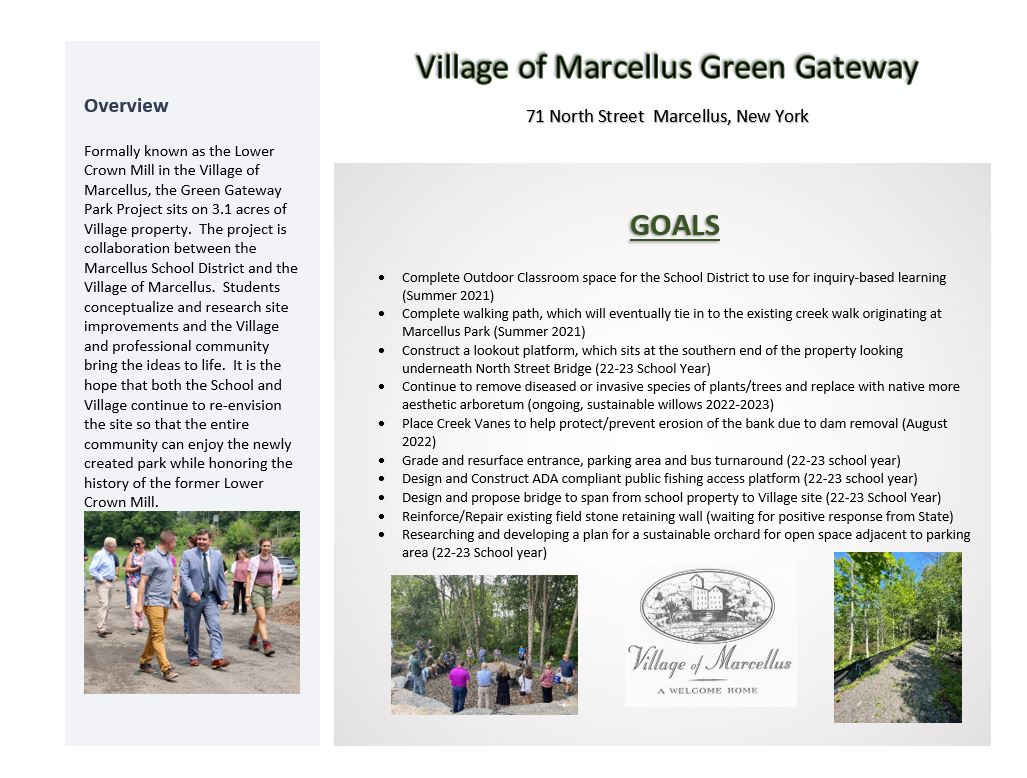